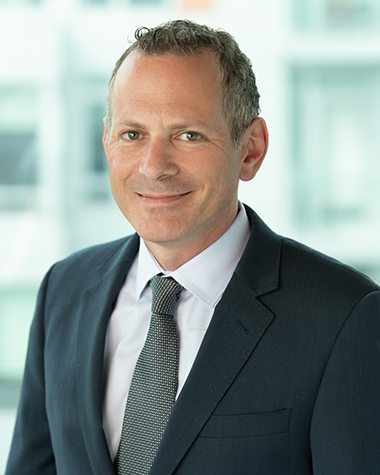 Scott Zebrak is a founding partner at Oppenheim + Zebrak, LLP. Scott has more than 25 years of copyright litigation and counseling experience, with a particular focus on content protection issues that involve digital media, new technology, and disruptive business models. He represents some of the world’s most prominent companies in music, education, publishing, and other creative industries.

Scott is nationally recognized for his accomplishments in copyright and related litigation. The independent legal rankings agency Chambers USA ranked Scott as a leading intellectual property litigation attorney, noting that Scott “is sought after for his adroit handling of copyright infringement disputes.” One source also told Chambers, “He is a great trial lawyer and very professional. He is pragmatic, resourceful, efficient and among the best lawyers I know.” The peer review-based Best Lawyers guide named Scott a ”Best Lawyer®“ (for intellectual property law) and the “Lawyer of the Year” for copyright in DC. Billboard magazine named Scott to its distinguished “Top Music Lawyers” list. Managing IP recognized Scott as a ”Copyright Star” on its “IP Stars” list. Super Lawyers ranked Scott as a “Top Rated Intellectual Property Litigation Attorney” in Washington, DC. In addition, Scott is rated AV Preeminent®, the highest peer review rating standard by Martindale-Hubbell.

Scott’s cases have been at the forefront of online copyright protection and mass infringement, including one of the earliest and most significant disputes involving user uploads; a landmark action against the largest peer-to-peer file sharing service and its founder; and litigation against Internet Service Providers and others for providing service to known repeat infringers. His cases have shaped the law and set precedent, reformed or shutdown illegal services, and achieved settlements or jury verdicts of $34 million, $105 million, and $1 billion, among others.

Scott’s litigation practice encompasses not only complex, high-profile copyright cases, but also trademark and related commercial and Internet matters. Scott litigates in such areas as online piracy, counterfeits, Internet intermediary liability, the Digital Millennium Copyright Act (“DMCA”), fair use, and unfair competition. In addition to litigating, he counsels clients on intellectual property (“IP”) issues connected to the management and protection of content and brands.

Prior to launching O+Z, Scott served for four years as Vice-President, Litigation & Legal Affairs, at the Recording Industry Association of America ((“RIAA”). He advised on the preeminent copyright and DMCA issues of the day and handled significant music industry litigation, including both the LimeWire and Usenet.com cases.

Scott began his career as an IP litigator at the Venable law firm, where he focused on copyright, trademark, and false advertising cases. He joined Venable after serving as a judicial clerk for a U.S. Magistrate Judge in the Eastern District of Virginia.