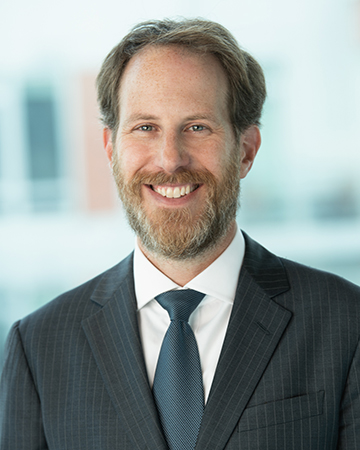 Jeff Gould is a partner at Oppenheim + Zebrak, LLP. Jeff’s practice focuses primarily on complex litigation and counseling in intellectual property and commercial disputes, with a particular emphasis on copyrights, trademarks and related commercial matters. He has been recognized as a “Rising Star” in Business Litigation by Super Lawyers magazine multiple times, an honor given to fewer than 2.5 percent of all Washington, D.C. lawyers.

Jeff brings a wealth of experience in all phases of litigation from pre-suit investigation through trial and appeal. He played a central role as trial counsel in securing landmark jury verdicts of $1 billion for the firm’s record company and music publisher clients against a large telecommunications company, and over $34 million for educational publishers against a distributor of counterfeit books. In these and other cases, Jeff helps clients protect their creative works and brands from infringement, online piracy, counterfeiting, and other fraud and theft. He also counsels clients privately, in many cases, to avoid litigation.

Prior to joining O+Z, Jeff was a Litigation Partner at Kirkland & Ellis LLP, where his practice focused on complex commercial disputes in federal and state courts, and enforcement matters before law enforcement and regulatory bodies. There, he represented numerous Fortune 500 companies in bet-the-company litigation in numerous industries and in courts throughout the country. Prior to joining Kirkland, Jeff served as a law clerk to Judge Paul J. Barbadoro of the U.S. District Court for the District of New Hampshire.

Jeff also maintains an active pro bono practice, including counseling the Southern Utah Wilderness Alliance in a series of cases involving land disputes throughout Utah. In addition, Jeff serves as a board member for Equal Justice Under Law, a nonprofit law organization dedicated to achieving equality in the criminal justice system and ending cycles of poverty across the nation.

Prior to law school, Jeff worked as a reporter and wilderness guide. He lives in the Washington, D.C. area with his wife and two children.